Apex Legends is a first-person shooter game with battle royale game, which released for free on three platforms PC, Xbox One and PS4 by EA or more accurate is Respawn. This game received a lot of doubt because it was the first time EA developed a Battle Royale game. But the fact that Apex Legends is a pretty good game. The evidence is that after three days of release, the game has reached 10 million players. What an impressive number! However, we still need more time to verify that the game can be as successful as Fortnite or PUBG Mobile did. 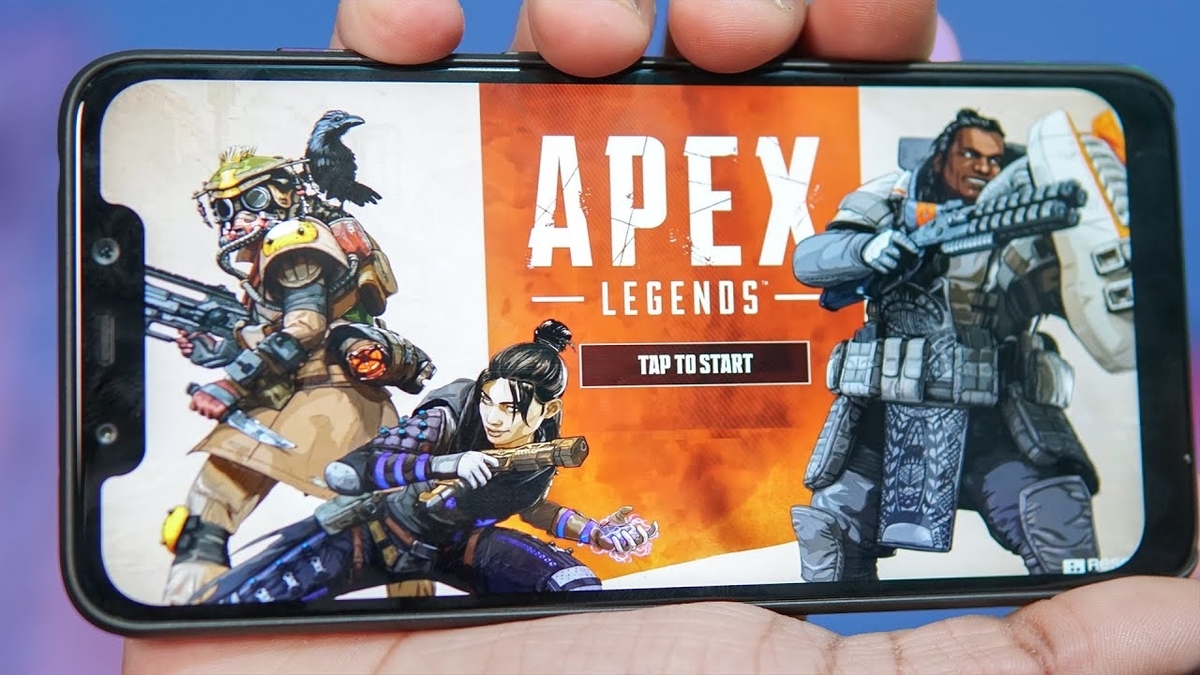 Many changes compared to a traditional battle royaleApex Legends screenshot 1024x576Set in the Titanfall universe, Apex Legends is a battle royale game adds a bit of spice of games like Team Fortress 2 or Overwatch. Each match consists of 60 players divided into 20 teams. You will play one of the eight available legends and coordinate with two teammates to find the last surviving team. Character element is the difference of Apex Legends with games of the same genre. Each character has a unique skill that we will mention below, so choosing your character can open many unique tactics, making the game more attractive and unpredictable.

Although this is the first version, I hardly feel the delay in control. Everything is very flexible and smooth, the only thing that you can’t run on the wall like Titanfall. Is a diverse battle royale game, the game allows you to swing rope, jump over walls and slide slopes. If unfortunately your team have disadvantaged and wants to escape, slope sliding is the most effective way to escape in this case. It is important to know that you never lose HP when jumping from above to the ground. That is, you can comfortably jump from the 20th floor and still be safe.

The battle royale element remains the same at the early game. You and 59 other players jump down to the map from an airplane. Choosing a starting place greatly affects your approach to the match. After that, you need to quickly find the necessary equipment, weapons and armor to be ready to face all enemies. Teamwork is a must if your team wants to win, the developer also agrees with this. In a match, if your teammate has fallen, you still have a chance to revive them if you pick up their banner in a timely manner and bring it to a designated location on the map.

Information of eight legendsApex Legends characters 1024x683Bangalore (Real name: Anita Williams, 35): She is an excellent soldier. Born in a family of 5 brothers who participated in the IMC force, she quickly revealed her special fighting ability and became the best soldier in this force. Anita’s main weapon is the grenade launcher, she has the ability to move flexibly and the ultimate skill: call for support to bomb from the air force.Bloodhound: There is not much information about this character. This is the character who has the ability to follow the trail and sniff the players hiding with the ultimate skill is Beast of the Hunt. He is a true bloodthirsty hunter.Caustic (Real name: Alexander Nox, 48): The best scientist at Humbert Labs, a master of toxic gas use. All of his skills are related to Nox, he likes to use Nox to create traps and grenades.Gibraltar (Real name: Makoa Gibraltar, 30): He is a kind person and likes to help others. This is shown in Makoa’s skill as creating a shield to protect allies and protect himself.Lifeline (Real name: Ajay Che, 24): If Gibraltar is the shield of the team, Lifeline can be considered as the team doctor. Like Soraka and Zilean in LOL, Lifeline has the ability to heal AOE and revive her allies, and she has a lot of necessary medicines.Mirage (Real name: Elliott Witt, 30)Pathfinder (Name: MRVN, age: Unknown): This robot has the ability to jump a long distance and create a hook wire to help the team swing to move easily through the terrain.Wraith: The only witch of the game at the present time. She has the ability to stealth, detects danger and especially the ability to create a shortcut for the whole team to move quickly to any location.New map, new gameplayApex Legends map 1024x576At the time I’m writing this article, Apex Legends has only one map, Kings Canyon. Overall, its area is enough for 60 players. In terms of design, Kings Canyon is designed with a great variety of landscapes and diverse terrain. You can loot items in a factory, snipe on a high-rise building and then jump down to escape or fight in a forest that has been burned by war. Besides, there are many caves, forests, hills, … so that players can find unique tactics.

Apex Legends APK for Android?In short, Apex Legends has advantages such as beautiful graphics, great gameplay that are well balanced, easy communication between players. After a week of release, the number of players of the game reached 25 million.

This success has made EA consider developing mobile games to compete with top royale battle games today such as PUBG Mobile and Fortnite Mobile, specifically EA’s CEO, Andrew Wilson said: “… We think that a multi-platform game is an important factor in the future, and we will do more in mobile … We will begin to study how to develop Apex Legends on mobile, and I also expect that the game will be well received in Asia … “.

Follow APKMody every day to receive the latest news about Apex Legends APK. We will update the download link as soon as the Android version of the game is officially released.

Login to quote this blog

You cannot quote because this article is private.